Dr. Gerald W. Anthony is currently a school counselor at Keystone Academy. He is has been in China since 2002, working as an educator and counselor. Gerald, originally residing from the Washington D.C. area in the United States, has lived in the coastal city of Tianjin, China as well as currently the capital city of Beijing. He has a doctorate degree in counseling, K-12 educational leadership certification, and a wide range of experiences in the areas of CBT, autism, and language encoding and decoding systems.

Currently, Gerald has brought his over 17-years of education and leadership experience to the SENIA-Beijing board. Since 2018, he has been a member of the local chapter’s board. Currently he serves as the Co-Chair of Membership and Local Liaison for the SENIA-Beijing Chapter. Gerald is able to communicate in his native language of English and Mandarin Chinese at an intermediate level.

Reed holds a Ph.D and two M.Ed. degrees in Special Education. From 1978 to 1995, he taught students in the United States with a wide range of special needs in a variety of settings including developmental preschool, resource room, self-contained, co-teaching, and Juvenile Hall. In 1996, he was hired to set up and implement Student Support Services at the International School of Phnom Penh (ISPP) in Cambodia where he taught until 2005. From 2005 until 2007, he worked as an assistant professor in Special Education at the University of Louisiana at Lafayette where he was named Outstanding Professor in 2007 by the Services for Students with Disabilities program.

In 2007, he was hired to set up and implement Student Support Services at Beijing City International School (BCIS) where he has worked as a Learning Support teacher at all levels of the school over the past thirteen years. Currently, he is the Student Support teacher at the Early Childhood Center where he believes that early intervention leads to better outcomes for students with special needs. Within the larger Beijing community, he serves as the Board Chair of the Special Education Network and Inclusion Association-Beijing (SENIA-Beijing) and was a founding member ten years ago.

Juliane Karlsson, a Board Member of the SENIA-Beijing Chapter

Juliane Karlsson has worked over 20 years in education. Her passion for developing better strategies to promote inclusive environments and good care for children, families, and caregivers crosses both public and private spaces. Always committed to self-development, her degree in education and masters in socio-psychology reflect her motivation to empower those who are in need. Juliane has worked as a teacher, collaborating in the creation of public policies for schools, developing courses for child counselors across the Amazon, and as special needs professional. Her book narrates how children see their own participation opportunities in their educational environment in the Amazon/Brazil. In 2012, moving abroad to China, she has dedicated her time and experience to raise awareness about special needs through collaborative work, always advocating for children. As a board member of the SENIA-Beijing chapter, she coordinates the chapter’s WeChat discussion group and is the editor of its newsletter. During her holidays, she likes to explore unusual parts of the world with her husband.

Passionate about supporting Children and Families with Special Educational Needs, Katy trained as a UK Social Worker, before undertaking a Teaching Qualification and the National Award in Special Education Needs Co-ordination.  Katy moved to China from the Channel Island of Guernsey in 2016 and has been working as the Junior School Learning Support Lead at Dulwich College Beijing. Katy is dedicated to developing a strong and productive network of SEN professionals and parents within Beijing, and was extremely happy to become a member of the Senia Beijing Board in 2017. Katy hopes to continue to grow Senia Beijing, through regular meet-ups, WeChat information exchanges and bi-annual conferences. 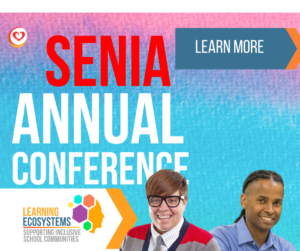